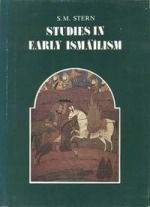 Studies in Early Ismāʿīlism treats major aspects of the history and doctrine of Ismāʿīlī Shīʿism, one of Stern’s main fields of research.  Basing himself largely on previously untapped sources, Stern deals with central questions such as the dating and authorship of the Epistles of Ikhwān al-Ṣafāʾ, and the historical and doctrinal affinity between the Qarmaṭians of Baḥrayn and the Fāṭimīs, the two prevailing Ismā‘īlī groups in the formative period of Ismāʿīlism.

The chapter on Abū Ḥātim al-Rāzī’s analysis of Persian religions is an exemplary study in comparative religion. It shows how Abū Ḥātim and other leading Ismāʿīlī philosophers accommodated sects like the Zoroastrians and Ṣābians to the Ismāʿīlī system, and explores their attitude to religious leaders like Mazdak, Mānī, Dayṣān and Zoroaster.

Another outstanding study included in the book—“Abū’l-Qāsim al-Bustī and his refutation of Ismāʿīlism”—impressively demonstrates how a polemical treatise can also be used as a source for the reconstruction of early Ismāʿīlī history.  This book, a unique treasure trove of erudition, will be of great interest to students of medieval Muslim doctrine, philosophy and history.