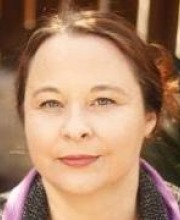 Born in Tallinn, Estonia, Julia Rubanovich spent her undergraduate years at the St-Petersburg (formerly Leningrad) university, where she studied Iranian philology.After immigration to Israel, she completed her undergraduate, graduate and PhD studies at the Hebrew University of Jerusalem, earning her PhD degree in classical Persian literature in 2005. She was a post-doctoral Rothschild fellow (2004-2005) at the Department of Near and Middle Eastern Civilizations of the University of Toronto. Julia Rubanovich started her teaching career while still an undergraduate student in 1993. Since then she has been teaching a variety of undergraduate and graduate courses in Iranian cultural history, medieval and modern Persian literature and language.

Her research focuses on medieval Persian literature with an emphasis on epic poetry, including Shāhīn’s oeuvre in the Judeo-Persian language; on folk literature, notably prose dāstāns, and the problem of medieval orality; on the Alexander-Romance in the Islamic domain; and more recently on literary paratexts and the concepts of authorship in connection with the notion of literary canon.